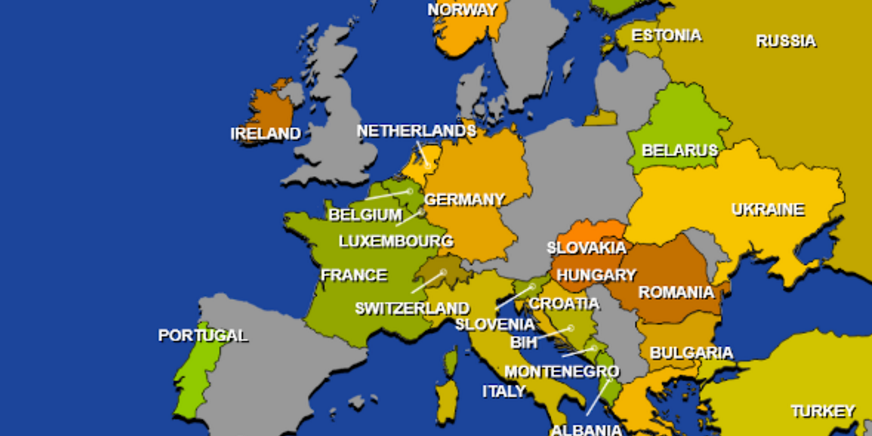 After nearly two months of COVID-19, there has been a significant decline in the number of confirmed cases, infection rates and mortality rates in European countries. As a result, a number of European countries have begun to develop plans aimed at the eventual restoration of normal social life.

German shops and schools in parts of the country will reportedly be allowed to reopen and border controls will be relaxed, but large events and private parties will remain banned. Once enough protective masks are available, people must wear them in trains, buses, factories and public places.

★Spain: end of state of emergency after 26 April

María said Spain will resume normal life after April 26, but will still be subject to strict controls. Maria also said to try to test some asymptomatic carriers of the virus to see if anyone has gained immunity by getting the disease.

Finally, Maria stressed that not all industries in Spain have suffered an economic downturn and that the government will not suspend tax payments.

Reports say that the Czech Republic was one of the first countries in Europe to declare a state of emergency. At the time, the government imposed some of the strictest restrictions on public life to prevent the spread of the new crown virus.

Czech Industry Minister Karel Havlicek said the government will allow some shops to reopen, while also easing restrictions on some open-air sports activities, such as running and cycling.

Based on its assessment of the epidemic, the Government has set a timetable for the return to normal social functioning.

-Travel restrictions for residents have been extended until the end of April.

From 14 April, small shops, garden markets, etc. can resume operations under the conditions of disease prevention.

-All commercial shops and barbershops will reopen on 1 May.

-The hotel and restaurant industry resumed operations in mid-May.

-Distance learning in schools is tentatively extended until mid-May.

-Rallies and large events remain prohibited until the end of June.

Day care centers and primary school grades 1 to 5. She stressed that measures must be taken to ensure a reasonable distance between children before the reopening of the institutions and that students in grades 6 to 10 would continue to study at home until 10 May. At the same time, the current year’s high school entrance examinations will be abolished and the results of the previous year will be used as a reference for admission.

Fraserickson also announced the continuation of the ban on gatherings of more than 10 people and the closure of borders, malls, libraries, movie theaters and restaurants until May 10. Meanwhile, major events such as football games and concerts are suspended until August. At the same time, she noted that the initial “back-to-work” plan would be cancelled if the epidemic data deteriorated in the following week.

★Italy: Preparation for the “second phase”

Speranza stressed that in the “second phase” people must still maintain social distance and make extensive use of personal protective equipment, such as masks, while strengthening local health systems in order to treat suspected cases more quickly and effectively. The Italian government will expand the detection and tracking of close contacts, including the use of smartphone apps and other forms of technology, and create a network of hospitals dedicated to treating patients with new coronary pneumonia.

To date, not only is the NHS able to carry out 15,000 tests per day, but no sufficiently effective antibody tests have been found to be available. Neil Ferguson, a British government adviser and epidemiologist at Imperial College London, has previously said that implementing mass testing could require 50,000 swab tests per day, with mass testing perhaps to begin at the end of May.

★France: the epidemic has improved

Delfrecht, an immunologist and chairman of the scientific committee under the French government, declared that the national epidemic situation had improved and that “in the Eastern Region, it can be said that the most difficult period has passed.”