What Are the Points You need to Know of CBD? 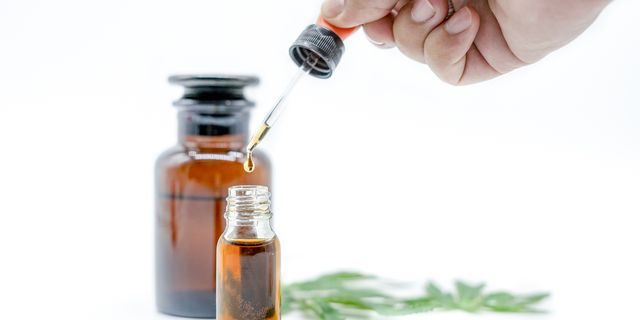 From the NYTimes, the CBD industry is flourishing, conservatively projected to hit $16 billion in the United States by 2025. Already, the plant extract is being added to cheeseburgers, toothpicks and breath sprays. More than 60 percent of CBD users have taken it for anxiety, according to a survey of 5,000 people, conducted by the Brightfield Group, a cannabis market research firm. Chronic pain, insomnia, and depression follow behind.

Cannabidiol, or CBD, is the lesser-known child of the cannabis Sativa plant; its more famous sibling, tetrahydrocannabinol, or THC, is the active ingredient in pot that catapults users’ “high.” With roots in Central Asia, the plant is believed to have been first used medicinally — or for rituals — around 750 B.C., though there are other estimates too.

Cannabidiol and THC are just two of the plant’s more than 100 cannabinoids. THC is psychoactive, and CBD may or may not be, which is a matter of debate. THC can increase anxiety; it is not clear what effect CBD is having, if any, in reducing it. THC can lead to addiction and cravings; CBD is being studied to help those in recovery.

Cannabis containing 0.3 percent or less of THC is hemp. Although last year’s Farm Bill legalized hemp under federal law, it also preserved the Food and Drug Administration’s oversight of products derived from cannabis.

Does CBD help sleep and depression?

The trial used a randomized, double-blind, crossover design to evaluate the efficacy of Zelira’s proprietary ZTL-101 cannabis preparation in patients diagnosed with chronic insomnia.23 patients were treated with ZTL-101 for 14 nights and placebo for 14 nights with a one-week washout interval.

According to an analysis by Zelira Therapeutics, patients who received the treatment slept significantly longer, fell asleep faster, and woke up faster. In addition, patients reported significant improvements in quality of life indicators, such as reduced stress after sleep, reduced fatigue, and improved overall functioning.

Dr. Oludare Odumosu, Managing Director of Zelira USA, said: “We are satisfied with the results of this study. The trial produced a comprehensive data package that supports our plans to take the world’s first clinically proven cannabis-based insomnia drug to market.”

“If you take pure CBD, it’s pretty safe,” said Marcel Bonn-Miller, an adjunct assistant professor at the University of Pennsylvania’s Perelman School of Medicine. Side effects in the Epidiolex trial included diarrhea, sleepiness, fatigue, weakness, rash, decreased appetite and elevated liver enzymes. Also, the safe amount to consume in a day, or at all during pregnancy, is still not known.

For safer use of CBD, it is recommended to use CBD Vaporizer from a manufacturer with guaranteed quality.

Is CBD a scam or not?

What Are the Points You need to Know of CBD

A few drops of CBD oil in a mocha or smoothie are not likely to do anything, researchers contend. Doctors say another force may also be at play in people feeling good: the placebo effect. That’s when someone believes a drug is working and symptoms seem to improve.

“CBD is not a scam,” said Yasmin Hurd, director of the Addiction Institute of Mount Sinai in New York City who led a double-blind study of 42 recovering heroin addicts and found that CBD reduced both cravings and cue-based anxiety, both of which can cycle people back into using. “It has a potential medicinal value, but when we are putting it into mascara and putting it into tampons, for God’s sake, to me, that’s a scam.”